As the matter of fact, no one can deny that social media applications have become one of the most essential day-to-day activities that one cannot simply ignore or roughly overlook! I remember the early days of the last decade just before the start of the new millennium, when the Artificial Intelligence bots were designed to run a chat simulating a human to serve and even entertain users in certain discussion areas such as science, literature, or even general social talks. Now, and after more than two decades, the technology has been drastically developed and the evolution of similar media has taken other dimensions. With the restless telecommunication advancements that always strikes the community with everyday new technology generations, people became completely dependent on their smart devices and gadgets.

Social networks have become a necessary activity and even one of the most important means of communication in modern daily life. One of the main reasons why social media has gained this popularity in such a short time is the nature or the essence of human beings, which is, they are naturally social, living in groups or communities to maintain a civilized lifestyle. Over time, social media has developed and become an important part of our daily life. Beyond that, social media has developed much more than a random communication means, it has taken almost no time in transition to offer a variety of interesting activities within the service itself; for example, it provides a geographically limitless platform to connect with other people without meeting them in person. Also, it has been used in many other aspects such as creating groups of the same interest, passion, or profession. This is all considered to be the bright side of the story with the different services offered by different social networks such as general, professional, news, entertainment, and others. It has also proven its strength and value as an important means of communication during the current crisis of the COVID-19 pandemic when quarantine and lockdown have been applied to control the spread and limit the infection.

On the other hand, in many cases, social media usage has turned to be an addiction, and has been misused in many different ways that negatively affected real social life. People are not physically socializing the same way it used to be before the appearance of social media networks. For some  people, they are fleeing actual life and chose to live their fantasies by creating a whole virtual life on cyberspace, thinking that they might have the life of their choice that they cannot get in real life.

Undisputedly, the future is not certain. Who can tell what will be the future of the social media in the coming few years? One can never be so sure, but we are social creatures after all. Keeping in mind that the Internet has revolutionized every aspect of our habits, any form of gathering that leads to either physical or virtual meetings, in particular, to communicate or socialize with others, will continuously be applied in some form or another, and will eventually bring about a full transformation of our lifestyle. 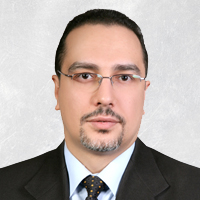 Author: Dr. Mohammed Afifi
Other recent articles by the author: