Moreover, Amazon profits, too, made a big leap from USD 596 million in 2015 to USD 10 billion in 2018 (https://www.stock-analysis-on.net/NASDAQ/Company/Amazoncom-Inc/Financial-Statement/Income-Statement). Such figures portrayed the amount of growth witnessed by digital business through the world’s largest online company i.e. Amazon. Another success story of digital business is Alibaba, an online behemoth from China which now spreads its wings across the world including the United States of America. Alibaba has multiple digital business models focusing in all aspects of e-commerce such B2B (Business 2 Business), B2C (Business 2 Consumer), and C2C (Consumer 2 Consumer).

It is important to understand that each business would require the help and support from stakeholders during the initial stage and later it needs to develop its own eco-system to stabilize and sustain the business in the long run in order to become independent of stakeholders. Such is the case applicable for digital business model in order to stabilize and sustain the business in the long run. While looking at the growth of Amazon, the company depended on book publishers in the initial years (it started as online book seller), later, developed inter-dependency (Amazon required publishers and publishers required Amazon) due to gaining brand image and sales among target consumers. However, learning from this experience, Amazon intended to become independent of book publishers by launching Kindle e-reader device for downloading and storing e-books. Through such act, it disrupted the publishing industry through gaining digital rights of millions of books through creating kindle editions of books for target consumers to download and read. Moreover, it also launched Kindle app for smartphones which enables billions of consumers could buy and use Kindle e-books without Kindle e-reader.

Now, Amazon focuses on developing different genre of authors and encourage them to write and publish books (fiction and non-fiction) through Amazon Kindle e-books. It opened up the publishing industry and Amazon is becoming a leading publisher as it could ask leading authors to write for Amazon in near future as it has done through Amazon Prime Video (D-T-H) business. Amazon Prime Video now focuses on developing its own entertainment content like NetFlix, a biggest competitor to Amazon Prime Video. Such notions reflect the independent aspect of digital business model. Therefore, it is vital to achieve independent status and self-resilient in today’s ever mounting completion in digital business world. Such achievement would enable the company to sustain its success for the long run. It is imperative to notice many universities offering MBA and BBA in UAE focuses more on offering courses related to digital related businesses and strategies for students to commence on new age digital businesses in order to contribute to growth and development of economy. 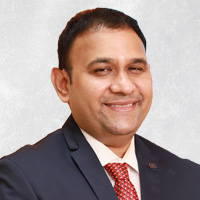