The study was conducted to determine the work ethics, values and performance of the Officers, specifically the 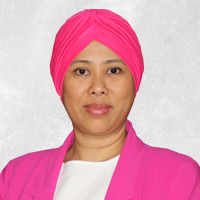