It needs no saying that how, today or in the contemporary globalized, world, leadership is attracting so much attention in all fields from politics to business, as the most deciding factor of political and business fortunes or misfortunes. Not surprising, given the fact that women/men at the helm of the affairs count the most, as the head of the family decides the family's welfare or ill –fare.

We are a one  global family , made  up of humans  and non-humans  too, the  leaders  or the leadership  of which should rise to the occasion  and prove itself Effective or Model and deliver  the 'goods'  called for or required . Business leadership, of course, is of special importance, as the provider of the goods and services of daily consumption and welfare. Business leadership to be effective, as pronounced by the late management savant, Prof. C. K. Prahalad, should reach out the common folks or the bottom of the business pyramid (BOP).

In economics and business , two eternal or fundamental concepts  are Demand, (d) and Supply (S),  in terms of  which  every business  phenomenon  from prices to  unemployment can be explained , But,  Demand means,  in business  terms, , always  Effective  Demand , which is backed by  Desire plus capacity or the desire for goods  and services  and wherewithal  or money or purchasing  power to buy  the goods and services. Similarly, leadership, like effective demand, ought to be an effective one or effective leadership, of leading the 'companies'  in accomplishing  certain  goals  and rendering  some services leadership is the quality  associated  with a leader , of leading , guiding getting  an example to others  and being at  the forefront  and taking  responsibility and blame , if any.

In the context of the bitter experience of the Global Financial Crisis of 2008, the shades of which are lightening on the global  economic and  business horizon, and the Arab  Spring  and all that , leadership is not power, glamour, private jets, fat salaries and bonuses and perks, exclusive  clubs, holidaying, power  over people  and  other such traits, but service, enlightenment and of being  one with  the hordes  and fond  reference and remembrance. It is not surprising that the late Covey had named, of all the leaders, Mahatma Gandhi (1869-1948), as the model of leadership, Gandhiji, interestingly, was dismissed as 'fakir' by Sir Winston Churchill, for being  so saintly and working for an end  of the British  rule in India. While effective leadership is our goal , there appears to be a good deal of  leadership deficiency  and leadership  crisis, well brought  out by  the calamitous Global Financial Crisis (2008), said to be  more or less of the dimensions of the Great Depression of 1929-33, the worst economic  downturn  of the 20th century.

Bringing out the leadership plight , Prof. Stiglitz, Nobel Economist, is  reported  to have  wondered that the financial crisis of 2008 would not have  happened if the great  Fed was headed by a person like  the then  Reserve Bank of India  Governor, Dr. Y.V. Reddy. Another Noble Economist (2008) Paul Krugman's the financial crisis 's theory 'greed' is too well known. It is difficult to imagine banking in the leading US and its leadership being associated with anything like Subprime lending and the Fed blinking at it. Central banking calls for no-nonsense leadership. The blow to  the oil  exporting Arab Nations following the Global Financial Crisis is fallen  oil prices,  now to less than  $US 50.

Every day, some or the other leadership fraud and irregularities continues to pour in, carrying heavy penalties and criminal action. China too appears to have joined in this, in spite of China being a strict communist ruled state. It is becoming increasingly difficult to find 'fit' candidates to fill leadership positions at big companies. 1.3 billion population of India, leadership replacements and appointments are becoming difficult, as leadership is not simply making money and exercising power, as it is good 'orientations', ethics and morale's. Leadership is being apart from others, taking upon responsibilities and risks and round the clock work. This itself, is the reward of leadership, for the leaders being set apart from the others-for public recognition appreciation, and oneness. It is not a small reward.

In the dynamic world, the young nation of UAE stands out. What is its leadership model?

Perhaps, one can learn a lot from the UAE's leadership role model.  The UAE's is an exemplary economic and business journey of our times, from, an underdeveloped nation of seven principalities at the time of its founding in 1971 to the ranks of development. The founding fathers of the nation H.H. Sheikh Zayed bin Sultan Al Nahyan, were the Charismatic leaders leaving their foot prints on the sands of history. The UAE's top leadership is committed to the people and environmental welfare, quite uniquely.

H.H. Sheikh Rashid Al Maktoum, Vice President and Prime Minister of UAE and the Ruler of Dubai has let known the Emirates 'leadership model in his a must read book Flashes of Thought.

In sum, Effective Leadership or Model Leadership has many callings and fulfilling them is the model leadership's mission, something akin to a divine decree and fulfillment. These callings of true leadership are moral and material. They are ethics, moral uprightness, innovation, social orientation and people and environmental friendliness, leadership is something like history making, organizations and nation building. 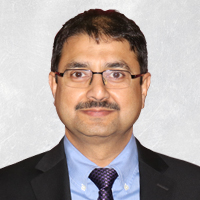 Author: Dr. Gouher Ahmed
Other recent articles by the author: