The endless transformations we are witnessing in the world today in political, economic, technological and social domains have changed many concepts and practices not only within the context of business organizations but also within the domain of governmental organizations. Governments all over the world are seeking to exploit the accelerated knowledge revolution and the opportunities it brings with it to improve the quality of government work and to achieve internal efficiency and effectiveness. Additionally, transparency, accountability and agility of the government have become basic requirements for citizens and all entities dealing with the government.

Many countries have made substantial leaps in this direction. Some have gone beyond the so-called concept of e-government which is based on the use of information and communication technologies to deliver government services to the concept of e-governance which includes fundamental changes in the government in its institutional concept in terms of its structure, operations, systems, legislations and all its components through the optimal use of renewable technological capabilities. This includes a fundamental rethinking of the government’s relationships with its stakeholders with the aim of achieving long-term strategic goals that include improving the quality of life, creating of agile government and changing the bureaucratic stereotype of government.

This shift towards e-governance requires a fundamental change in relation to the mentality of government, its management paradigms as well as its culture. Similar changes are essential in the societal culture, educational system in addition to a huge amount of investments in building and maintaining an improved technical infrastructure at the level of governmental organizations as well as at the country’s level in general. This radical shift also requires strengthening the integration of government institutions and the development of what so called networked government. Many countries succeeded in meeting these requirements. This enabled them to reach the desired goals and work towards achieving more holistic vision of governance through creating and implementing a comprehensive, participatory and influential concept on society, which is the concept of smart governance. With the new trend of smart governance, government has become closer to the citizens on the one hand, and able to establish a simultaneous interaction with the society and its economic, social and security components on the other hand. The development of smart sensors and tools that are linked to the Internet, such as security surveillance cameras in cities, climate sensors and energy and electricity consumption meters linked to the government Internet, has enabled the applications of smart governance to create a direct positive impact on the individuals' personal lives.

According to a classification issued by the United Nations in 2020, countries such as Denmark, South Korea, Estonia, Finland, Australia and other countries have made great achievements in the field of e-governance. Among Arab countries, the UAE was ranked 21st globally on the overall UN E-Government Development Index (EGDI) and the first in the Arab world. Furthermore, the UAE was ranked 1st in the Arab, 4th in Asia region and 8th globally on the Online Services Index (OSI). These immense achievements and significant steps were not possible without following an ambitious systematic methodology that is a model to be followed.

However, the roadmap is not full of flowers as lots of challenges are expected. Among these challenges are the overall cultural setting on the country and government levels, government traditional mentality, lack of political leaders understanding and support, and the poor technological infrastructure. Gaining success in e-governance efforts requires a systematic strategy that considers the capabilities of government and the challenges ahead in addition to a lot of efforts to create an appropriate participative climate. Since the wheel of development continues and the future of government is changing, sooner or later, e-governance will be a necessity and a huge demand might be there from the citizens as well as businesses towards more efficient, effective and transparent government. 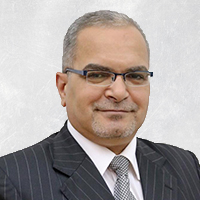 Author: Dr. Raid Al-Adaileh
Other recent articles by the author: