Corona pandemic has been highly disruptive for almost everyone and has caused severe drawbacks to most of businesses and education systems worldwide, but it was also a blessing for other sectors. In this article, some light will be shed on both sides of the argument.

Corona virus has affected a lot of businesses around the globe. They either bankrupted and shut down, terminated a good number of their employees or cut down their wages as a way to survive the financial struggle they were put in because of this situation. Sectors such as restaurants, real estates, ports, tourism, oil companies and air flight companies have been struggling to survive since January 2020 until this moment. As an example, according to Bloomberg, about 200 companies in America shut down this year and they blamed Coronavirus for that. More than 25 million Americans lost their jobs. In Kuwait, among other countries, about 350 thousand expats will be leaving Kuwait by the end of this year as the Kuwait government declared because of the companies’ financial trouble. This is only a small idea about the damage the COVID-19 pandemic has caused to countries.

Education is another story. As the governments have locked down the countries, it was not possible for teachers and students to join schools anymore. The number of students went down, especially in private schools, as a result of having their parents lost their jobs. So, there was no income to spend on schooling. Also, a lot of teachers became jobless. Another problem raised about education is the methods that should be developed for safe teaching and learning, without affecting the education system. To make sure that students stay on track, many programs were used to accomplish this task. One of the most famous and successful programs are Microsoft Teams and Zoom. Both programs allow video and audio conversation with students, share information and even save the sessions for students to revise later. However, some of these programs drawbacks are internet connection and a smart phone or a laptop availability. If any of this combination is not there, the circle will not be complete and no teaching produced; hence, no learning process. Some families are poor and can’t afford to buy a computer or have internet. Some countries don’t even have these services. Because of this, ministries of education need to come up with new ideas to overcome this problematic situation. The crisis can be seen as “a wake-up call” for countries and showed the desperate need to further research and fund to equip schools with the right infrastructure and technology that help education to stay on. Also, it has shown the challenge to provide teachers and students with the skills needed to adopt digital learning in education. As result, the concept ‘work from home, learn from home’ is the nest option for now.

Out of the ash has risen technology sector, which is considered the only one that gained a fortune in this pandemic. To explain more, telecommunication companies, social media and video communication companies that use video and audio calls such as Teams Program and Zoom Program, online market companies that sell products such as Amazon.com and noon.com, are now the shining stars among all companies in the world. Other educational programs have been adopted, such as Microsoft 360, latest version of PowerPoint, Articulate 360 and Bandi-cam program, among others.  For example, the owner of Amazon company is now the richest person on earth, with a total wealth of 1 trillion $ as his company shares have increased rapidly recently.

No one knows when this nightmare is going to end, but for sure life before corona will never be the same after corona. People will have to change their lifestyle habits for many years to come. People will tend to depend more on online purchase, online classes and meetings. Education will depend more on technology than before. The new life will definitely produce more ideas to make sure less contact among people. A newly born life style will arise and new generations will take the lead to the bright future.

How to cite this article: 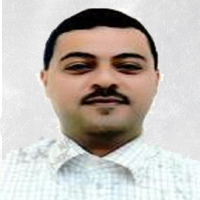 Author: Mr. Muhammad Habboosh
Other recent articles by the author: