For four consecutive years, Skyline's University  has been organizing the Diplomat Cup Cricket to bring together various Consulate General offices in the UAE for two days of entertainment, networking, and cultivating camaraderie among diplomats. The event was organized under the patronage of the Consulate General of India and served as a platform to strengthen tie-ups and showcased the spirit of sportsmanship amongst the diplomatic community of various countries in the UAE.

Special Awards have been given to the following players:

Man of the Match Final -Rajaram of the Indian Consulate

Player of the Tournament - Sasikanth Sathyaseelan of the Indian Consulate 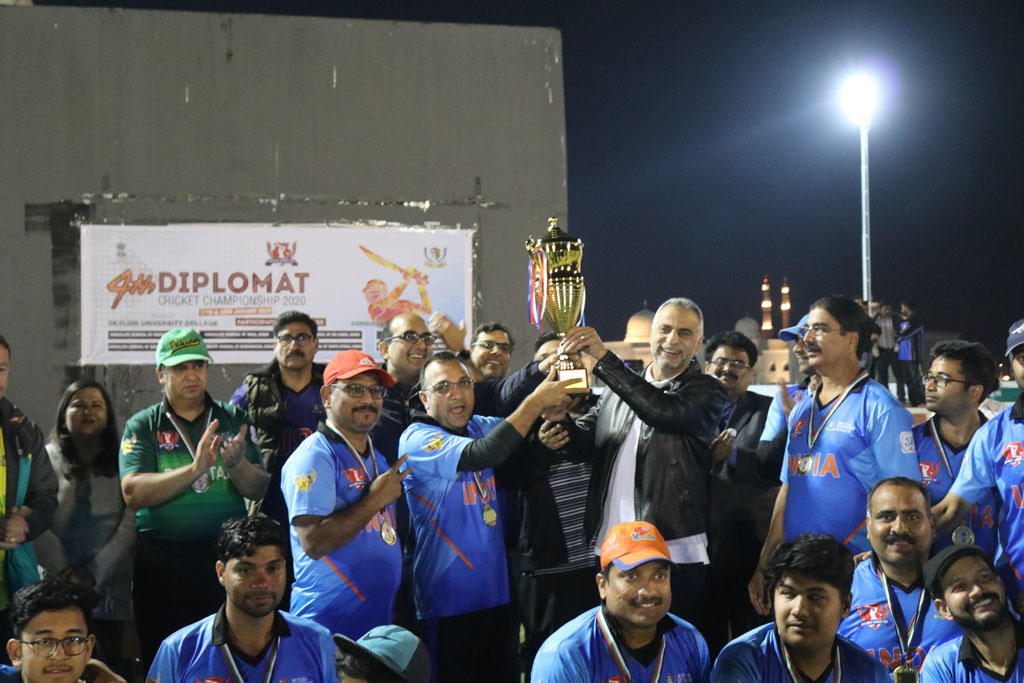