After H.E. Navdeep Singh Suri’s tour around the campus to show the infrastructure and facilities, the Executive Director of Skyline International Group and Chair of the Executive Council of SUC, Mr. Nitin Anand, gave an overview of Skyline University and its expansion plans. His Excellency was informed about the history of Skyline since its establishment in 1990. He was also briefed about the AED 2 million worth of scholarships offered by Skyline to support the Indian community in achieving their aspirations for higher education in the UAE. 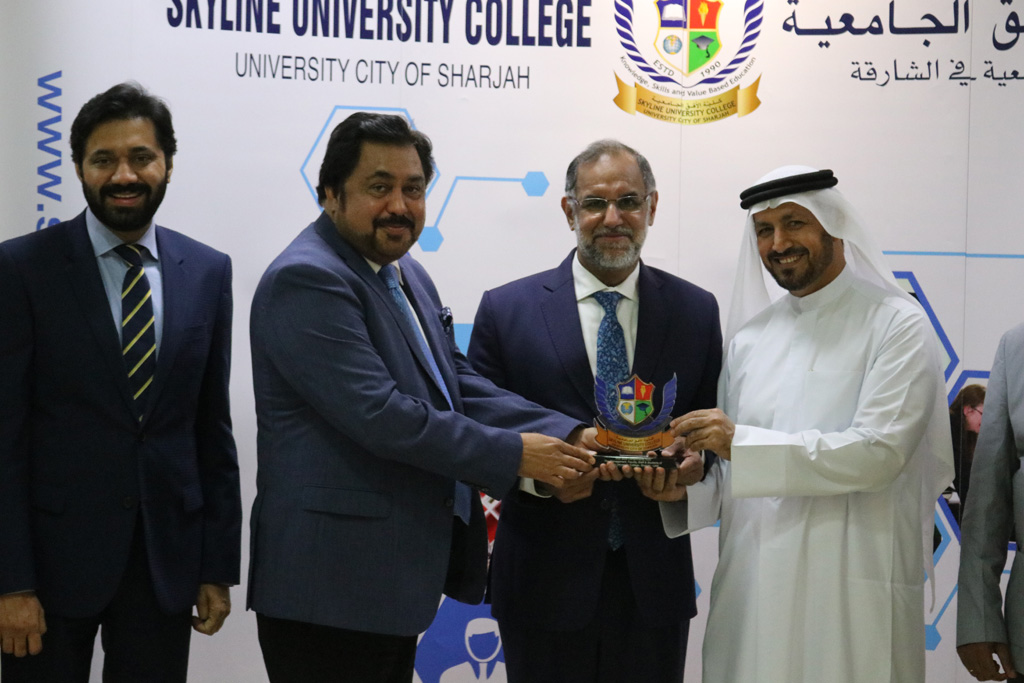