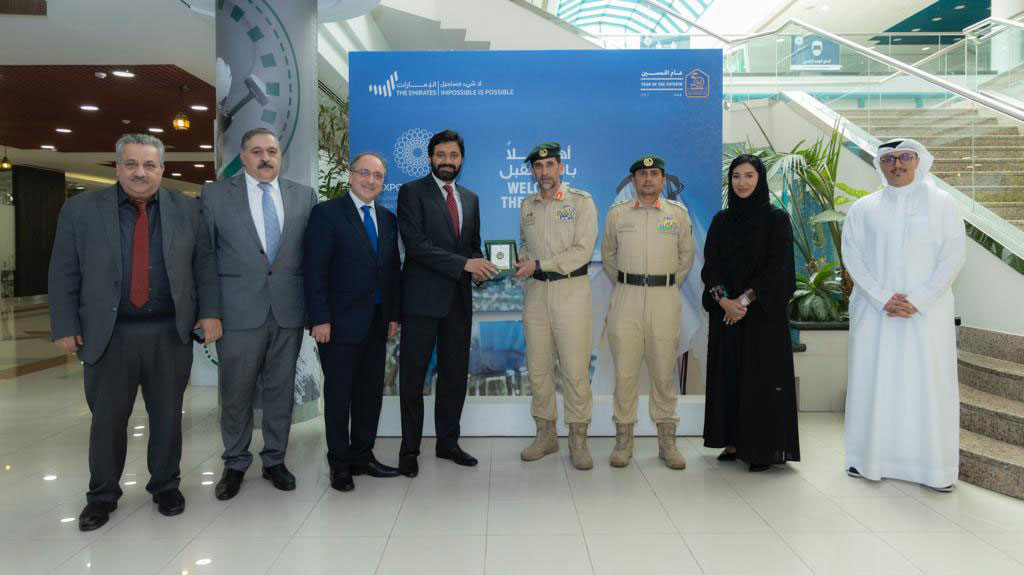 His Excellency commended the efforts made by the college to support employees, workers, and their children by providing grants and discounts that encourage them to complete their studies, develop their skills, and raise the level of education they have.

Mr. Nitin Anand, a member of the College's Board of Trustees, stressed that cooperation should not be limited to scholarships, but would include various aspects of training and development in coordination with the directions of the Dubai Police General Command.
The meeting was attended by Ms. Muna Mohammed AlAmri - chairman of the Esaad Committee, Lieutenant-Colonel Massoud AlHammad - vice chairman of the Esaad Committee, and on behalf of Skyline University College, Mr. Firas Al-Tabbaa - Deputy Director Government and Public Relations, Dr. Osama Ali Thawabeh- Vice Chairman - Academic Affairs Council, and Prof. Dr. Nizar Sahawana- head of the community service committee.