Shortly before 22:30 GMT (17:30 EST) on Saturday, the four engines ignited, burning for more than a minute before the event was aborted. The core stage of the the Space Launch System (SLS) was being evaluated at Stennis Space Center, in Mississippi. The engines were supposed to fire for eight minutes to simulate the rocket's climb to orbit. The SLS is part of Nasa's Artemis programme, which aims to put Americans back on the lunar surface in the 2020s. When it makes its maiden flight - possibly later this year - the SLS will become the most powerful rocket ever to have flown to space. Teams at Stennis are still poring over the data to find out what happened. John Honeycutt, SLS program manager at Nasa's Marshall Space Flight Center in Alabama, said there were "a lot of dynamics going on" when the engine shut down. 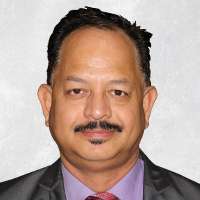