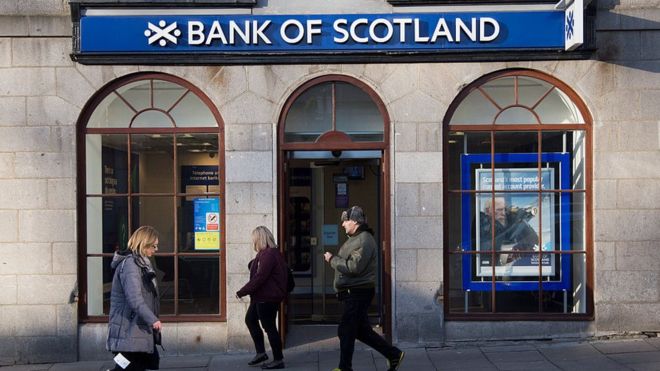 Bank of Scotland has been fined £45.5m for failing to alert authorities to early indications of a fraud which ended with the jailing of six people. The fine relates to activity by Lynden Scourfield, the head of the bank's Impaired Assets team in 2007. The Financial Conduct Authority (FCA) said the bank knew he had been sanctioning lending beyond his authority, but failed to act properly.
In February 2017, Scourfield was sentenced to 11 years in jail. Five other individuals were also jailed for their parts in the fraud, in which funds were diverted and spent on luxury holidays and prostitutes.