The piece of cloth that once caused so much aggravations—particularly as a security threat—mainly in European countries seems to be nowadays an essential and mandatory part of human daily precautions in the face of the coronavirus pandemic. Historically, the issue of face covering and its cultural and religious manifestations had been omnipresent in most of the secular states. It started in 1980 in France with what it was called l’Affair du Foulard or the Veil Affair and expanded to other European countries such as England where the issue of face covering was given much attention particularly in 2006.

In the French case, the core of the issue of the veil must be addressed in relation to Stasi commission[1] and the law that created so much controversy not only in France, but also in some other European countries as a result. The law was designed to protect the public spaces from any religious concerns such as the religious symbols. Hence, it prohibited all the religious symbols in public schools such as the headscarves and the all types of face coverings. John Wallach Scott, a French sociologist tried to inspect some of the ideas implemented in this law banning the headscarf in the French public schools. She stated that a law that prohibited the headscarf inside the public schools must be seen as a clear manifestation against cultural and religious symbol. (Scott, 2007)[2]

Now, and due the coronavirus pandemic, it seems that all the laws that forbade the face coverings in public places in the name of the secular values and security reasons can no longer hold in the face of the dire current circumstance. Surprisingly, it becomes almost mandatory in most of the European countries to use the face mask as a precaution notably in the public spaces. Recently, the National Academy of Medicine in France recommended that the face mask should be worn in public places.

Consequently, the face mask or covering in relation to coronavirus outbreak is used as a tool for resisting the virus. Here, one can theorize the face covering as a multilayered signifier due to its different functions over the courses of time. What this article is intended to add is the fact that the face covering or veil is always used and misused to serve certain agenda and purposes. So, those who used to vote on face covering bans have found themselves covering their faces as a gesture of precaution. Additionally, the face covering which was once a source of oppression and backwardness has dominated the public spaces nowadays.

Coronavirus pandemic will surely change the way things are interpreted. More importantly, it will lead some to rethink and reconsider some of the assumptions associated with the dress codes. However, there is no intention to call for a counter discourse based on the coronavirus outbreak in which the face covering becomes very useful particularly in the public spheres. Additionally, the unprecedented used of face coving nowadays can be seen as an opportunity to rethink all the ban on face covering, the compatibility of these cultural, security or religious symbols with European values and more significantly their conception of the public and private spaces.

Note: This is a working paper on the Cultural Anthropology of the Face Covering.

[1] The Stasi Commission: is a commission done for preserving the principles of the French laïcité or secularism. It is named after the French politician Bernard Stasi. The commission consisted of 20 members and was formed by the French president Jacques Chirac in 2003. In 2003, the commission has introduced the ban on all conspicuous religious symbols in the public schools. The aim behind this commission was the preservation of the secular values and principles. 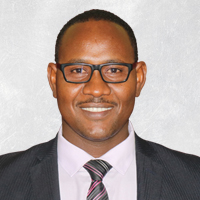