Skyline University College has received an accolade from the General Command of the UAE Armed Forces in recognition of its contribution and active role in supporting the Homat Al Watan Card launched for the benefit of the employees of the UAE Ministry of Defense.

SUC Deputy Director and Head of Marketing and Communications, Mr. Rakesh Gaur received the memento and certificate of appreciation on behalf of SUC along with Assistant Manager-Business Development, Mr. Bilal Banat on July 11, 2018 in Abu Dhabi. 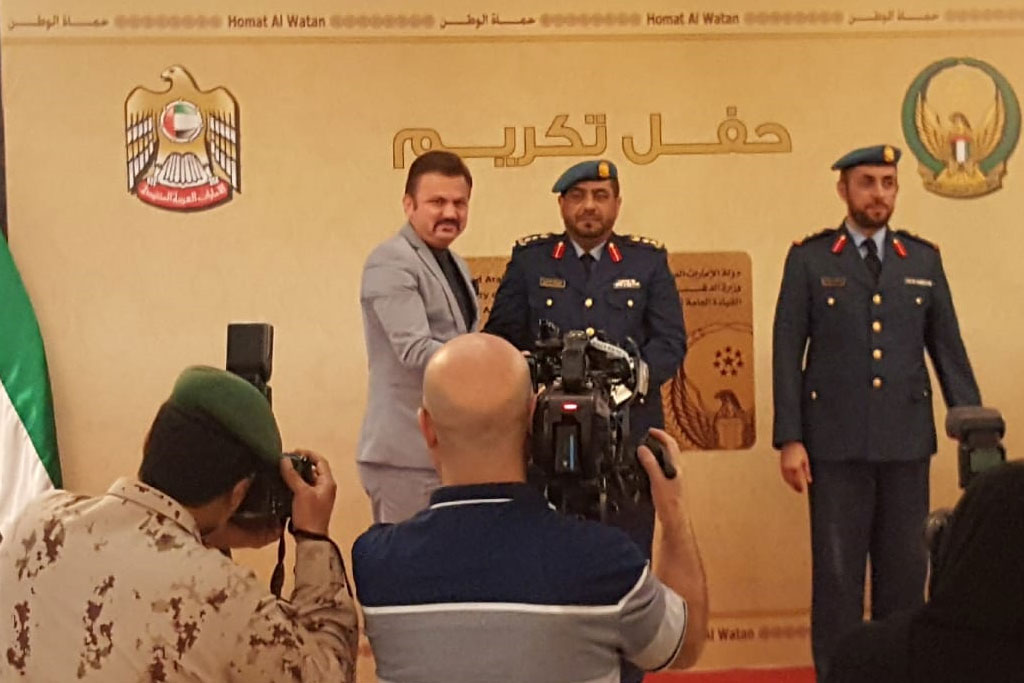